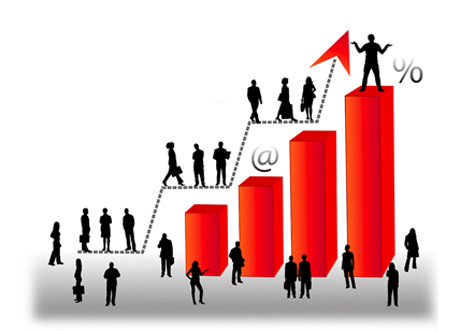 In 2014 the Italian Ministry of Economy and Finance, the Ministry for Economic Development and the Bank of Italy launched the “Finance for growth” mission to increase the tools to improve access to finance for enterprises, especially SMEs, hence overcome the difficulties currently preventing the relaunching of investments. The inspiring criteria that guided the Government to achieve this objective were:

The first pillar contains tools such as Mini Bonds, tax reliefs to facilitate the inflow of foreign non-banking investments, new credit players such as insurance companies, tax deductibility of a notional yield on capital contributions from the taxable amount. These measures are of a systemic nature and aim at modernizing finance for enterprise growth.

The second main area of action, relating to stimulating demand for finance, concerned, for example, tax benefits for tangible investment and investments in R&D, as well as tax reliefs on revenues from licenses and patents. These measures move in the right direction: more modern finance and boost for investments.

This research intends to define further proposals that can lay the foundations to accelerate the growth of Italian SMEs and provide them with support by identifying new flows of finance to sustain development or trying to mitigate certain critical issues that characterize our entrepreneurial system. An initial consideration stems from the assumption that a significant part of the capital invested by Italian enterprises is represented by real estate assets (land and buildings) used for production purposes. Suffice it to say that the book value of these investments for Italian corporations exceeds € 350 billion.

One of the possible avenues to attract new capitals to fund development projects consists in unlocking the real estate element through an ad hoc fund. This assumption envisages:

Therefore, basically, enterprises free capital to finance new investments and increase costs in the Income statement as a result of the lease rentals paid. A simulation was performed to estimate the possible impact on enterprises potentially involved in the initiative and the size of the fund granting the use of the real estate assets.

The enterprises selected for the simulation were those potentially searching for new finance yet unable to get access to bank loans, which might be interested in this initiative. Overall, approximately 700 enterprises might be interested in transferring assets for about € 3.8 billion  (the size of the fund), with potential reinvestments in the production system of approximately € 2 billion thereby creating new employment for more than 10,000 units. These are significant impacts that, with other measures, could strengthen the growth of Italian SMEs.

A second area of action that deserves due consideration is the small average size of Italian enterprises, a critical issue that has been addressed many times with the aim of finding a solution. Small enterprises have structural weaknesses that often prevent them from developing the competitive edge required to face market competition. Figures show that, on average, larger enterprises perform better and are more financially sound.

This is also confirmed by a comparison with the other European countries like France, Germany, Spain and the UK.

Growth in size thus represents one of the main objectives that we should pursue. A benchmark analysis conducted on some European countries shows that Italian legislation represents a best practice as regards incentives to business combinations. Other possible measures focusing on tax benefits to help business combinations were formulated, well aware of the fact that they are not the “triggering” event of the transaction. Only a sound and shared industrial project can lead to the creation of a business combination. A simulation was performed to evaluate the potential impact of the business combinations stimulated by these measures:

One last consideration regards the manner of financing an extraordinary transaction such as an acquisition. Given their significant relevance and risk profile, business combinations can hardly be sustained by bank loans; likewise, equity financing might give rise to unwanted implications (dilution, entry of a third party in the company, etc.).

Hybrid forms of debt are already available, such as mezzanine finance, that for their characteristics fall between bank loans and risk capital. These financing instruments should be known and spread by both enterprises and operators as they are basically a form of “cheap” equity (they are subordinate to bank loans and the required return is lower than that required by equity, as they remain preferential compared to the latter).

Therefore, all the stakeholders and Governmental Institutions should take steps to spread and promote this kind of instruments depicting them as an opportunity and not as a debt that is more expensive than bank credit.